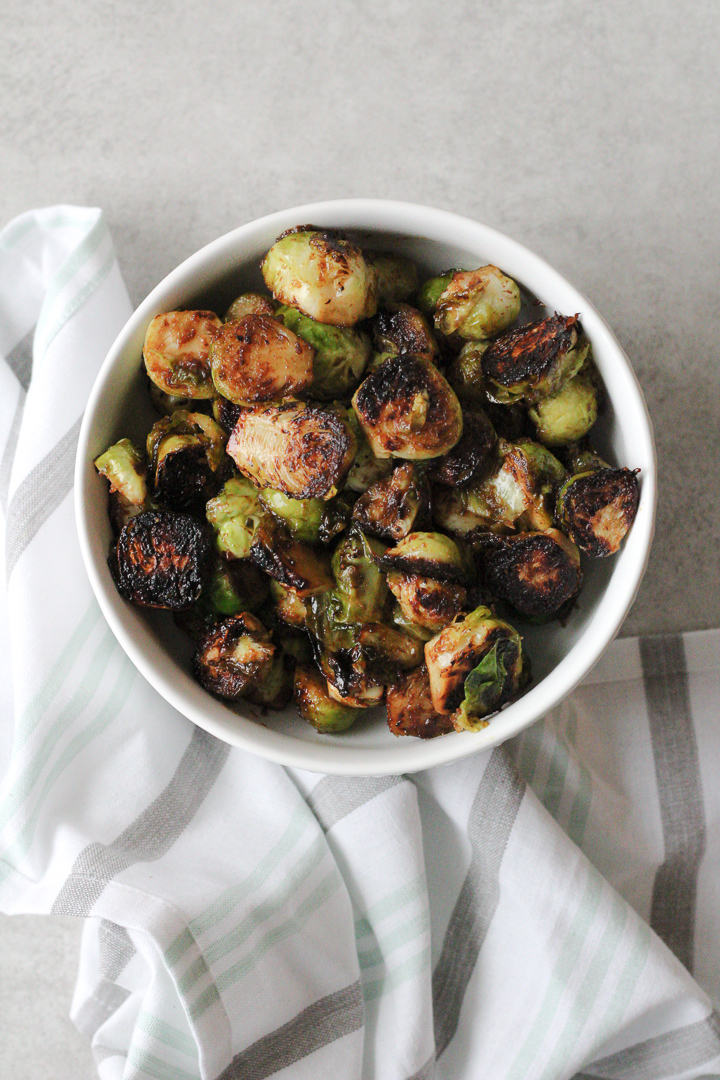 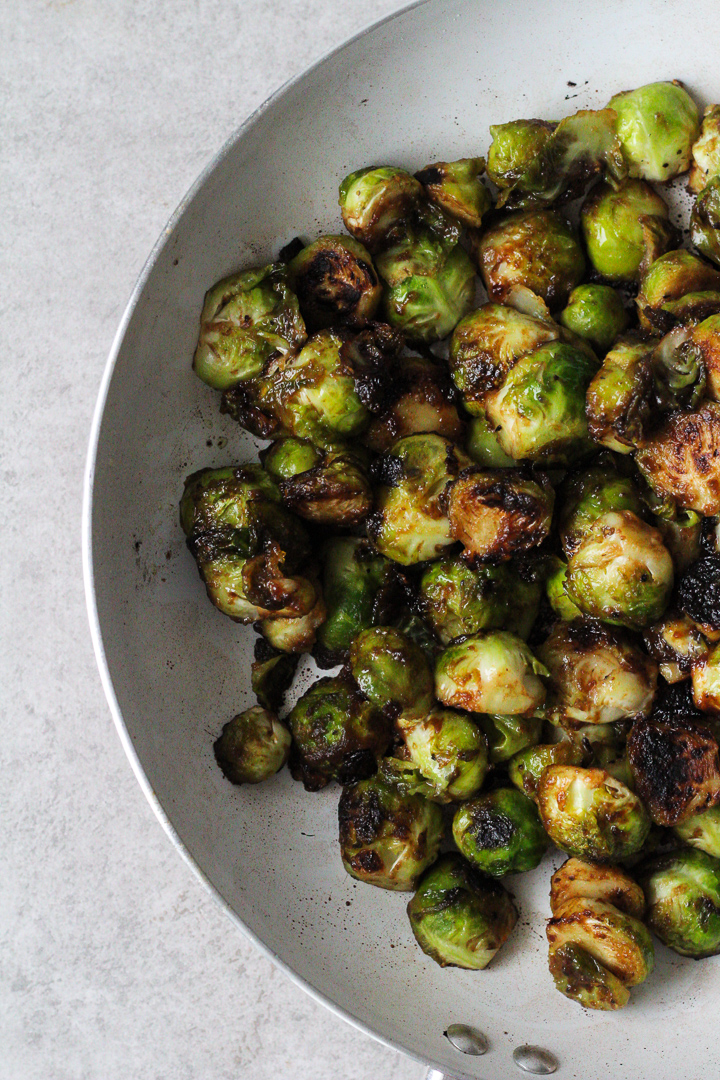 So the trick here is in the technique. Pan-fried brussels sprouts caramelize beautifully, but ONLY if they have room to do it. I'm not saying they all absolutely need to be in a single layer, but it's gotta be as close as possible. If your pan isn't big enough, do this in batches. It won't take that much more time, and it will totally be worth it.

The other trick is using a little apple butter-based sauce to get those caramelized bits here. The sweet apple butter + maple syrup + vinegar coats all the brussels sprouts and the heat quickly cooks it making it this sweet, punchy, sticky sauce that is so yum. You toss it on during the last few minutes of cooking, just to get the vegetable on the right side of burnt, really.

I hope you give these a try. They're different, but in the best way. 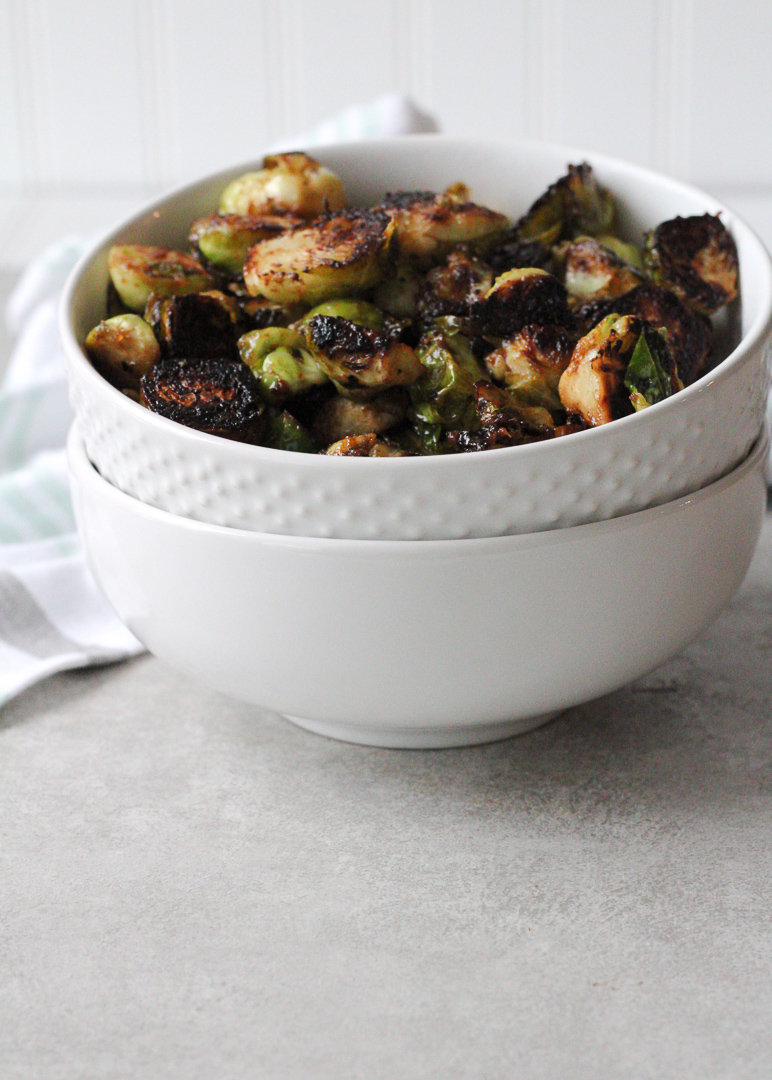